The home paradigm [AvilesArriagaHH2011] represents our conceptualization that exercises promoted by the serious games should mimic natural movements inspired in functional tasks of daily living mostly occurring in the home environment, thus stressing the rehabilitation goal of making the patient self-sufficient (at home). The paradigm remains, but its implementation has been given a new shell, that of a Mexican hacienda 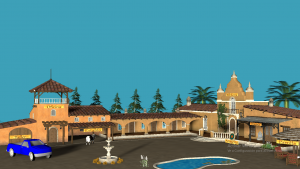 The Mexican Hacienda that now operationalizes the home paradigm for rehabilitation.

All games take now are scened within the Mexican Hacienda. The game set still maintain the core movements of previous sets, and further some maintain the essence of previous games but their aesthetics have been updated. The current game set have fresher versions of the steak cooking, spiders on the wall, and fly killer. Some of the games such as Fungi in the sink have now been revisited, and updated to the dish washing. Finally, brand new games with new movements have been incorporated, including change the tyre for pronosupination of wrist, messy kid for enhancing hand control, and milk the cow and archery for finger flexion and extension. 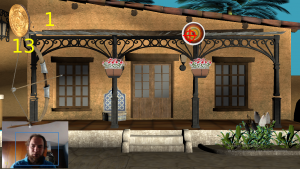 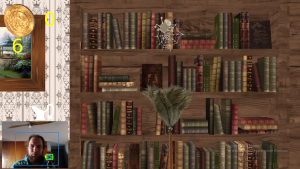 Screenshots of the current game set